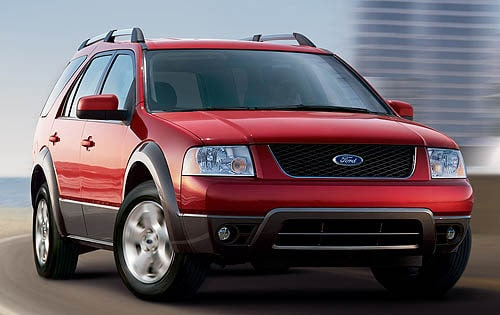 If you own a 2005-2007 Ford Freestyle—or you're walking past one that's maneuvering into or out of a parking space—be extra careful. Reports of unintended acceleration have spurred a federal investigation.

According to Automotive News, "The National Highway Traffic Safety Administration is investigating about 170,000 Freestyles, representing model years 2005 through 2007, after 18 crashes attributed to the defect, including one that resulted in a minor injury, the agency said [May 11, 2011] in a posting on its website."